About Us - Our History

Alfred John Rawling opened his shop at 137b North End, Croydon on 18th September 1895. His mother was Matron at the well known Reedham Orphanage in Purley, and he had come to Croydon after serving his apprenticeship with an uncle as a Jeweller and Watchmaker in Wisbech in Cambridgeshire.

Having borrowed money from his wife’s family he named the shop Rawling & Oldfield which was situated at the front of the newly built YMCA (opened in May 1895). To begin with, he lived at the back of the shop, and used the YMCA for meals and recreation. In 1899, Alfred Rawling married Hilda Oldfield and set up home nearby in Croydon. 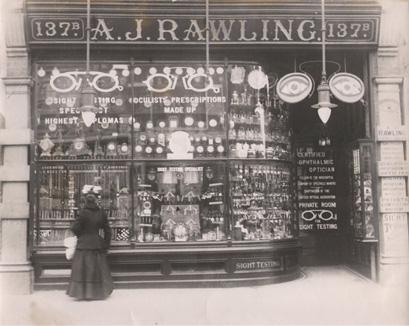 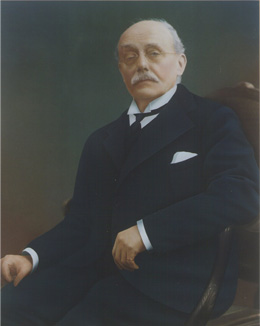 In addition to selling and repairing jewellery, clocks and watches, early sales also included spectacles, spectacle cases and repairs. His interest in spectacles led him to be trained as an optician whilst still working in the shop. He purchased sight testing equipment in 1903, and passed the examinations of the Worshipful Company of Spectacle Makers in 1904. His diploma still hangs on the wall at the head office in Purley. He was one of the early opticians in the country at that time to qualify by examination and he became a Liveryman of the Spectacle Makers Company in 1927. He carried on practice as an Optician in two back rooms of his shop and his youngest sister helped him with secretarial work and the accounts.

Between 1900 and 1913 Alfred & Hilda Rawling had five children and all were involved with the business at some stage in their lives, their four sons qualifying as Ophthalmic Opticians, and their daughter as the book keeper.

In addition to moving the Croydon premises to 8 High Street in 1914, Alfred expanded the business over the years in to Maidstone (1921), Winchester (1923), Ipswich, Purley (1933) Caterham (1937), Norbury (1938) and South Norwood with his sons taking over much of the management of his branches.

Opticians advertised widely in the first part of this century, and Alfred Rawling advertised, amongst other places, with enamelled advertising plates attached to the sides of the Croydon area Trams which have recently been commemorated, with Corgi producing replicas of these along with the original Rawlings advertising. In Winchester in the 1920's, for a while he advertised by having a lantern outside the window, which threw an image of an eye in the centre of the road. This had to be stopped as it frightened the horses going up and down the street! 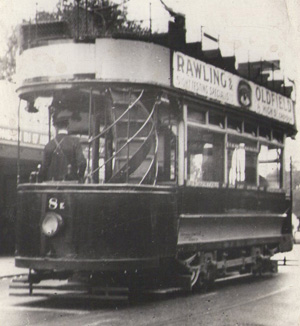 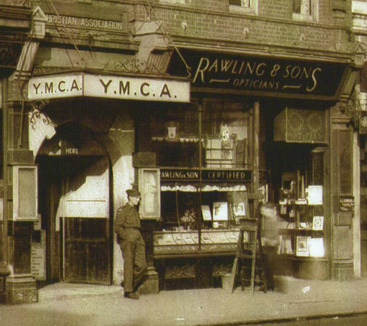 The Croydon shop in the twenties

The family has long been involved with the City Livery Company, the Worshipful Company of Spectacle Makers. Five members of the family were, or still are, either Fellows or Liverymen, and with two holding the position of Master of the Livery Company - Douglas Rawling in 1969-71 and Michael Rawling in 1983-85.

Four of Alfred’s grandchildren followed in the family footsteps qualifying as Optometrists and continuing to run the business and in more recent times, branches have been opened in Alton (1961), Chandlers Ford, Hedge End and Alresford in Hampshire. Currently there are eight in all. 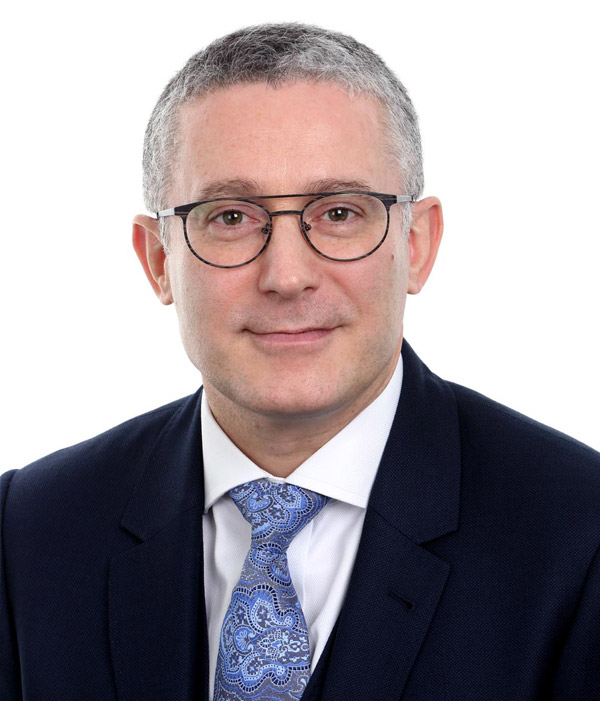 Of the fourth generation, Richard Rawling is now Managing Director of the company alongside the other Directors Helen Short, David Barker, Claire Shipway, Rachael Smith, Tim Shipway and Deborah Blanc. They are committed to continuing the high professional standards set by the firm.

As always, the business (now named "Rawlings Opticians") continues to provide a careful, professional and efficient service for eye examinations and dispensing spectacles, as well as for all types of contact lenses.